Oprah in the Oval Office? 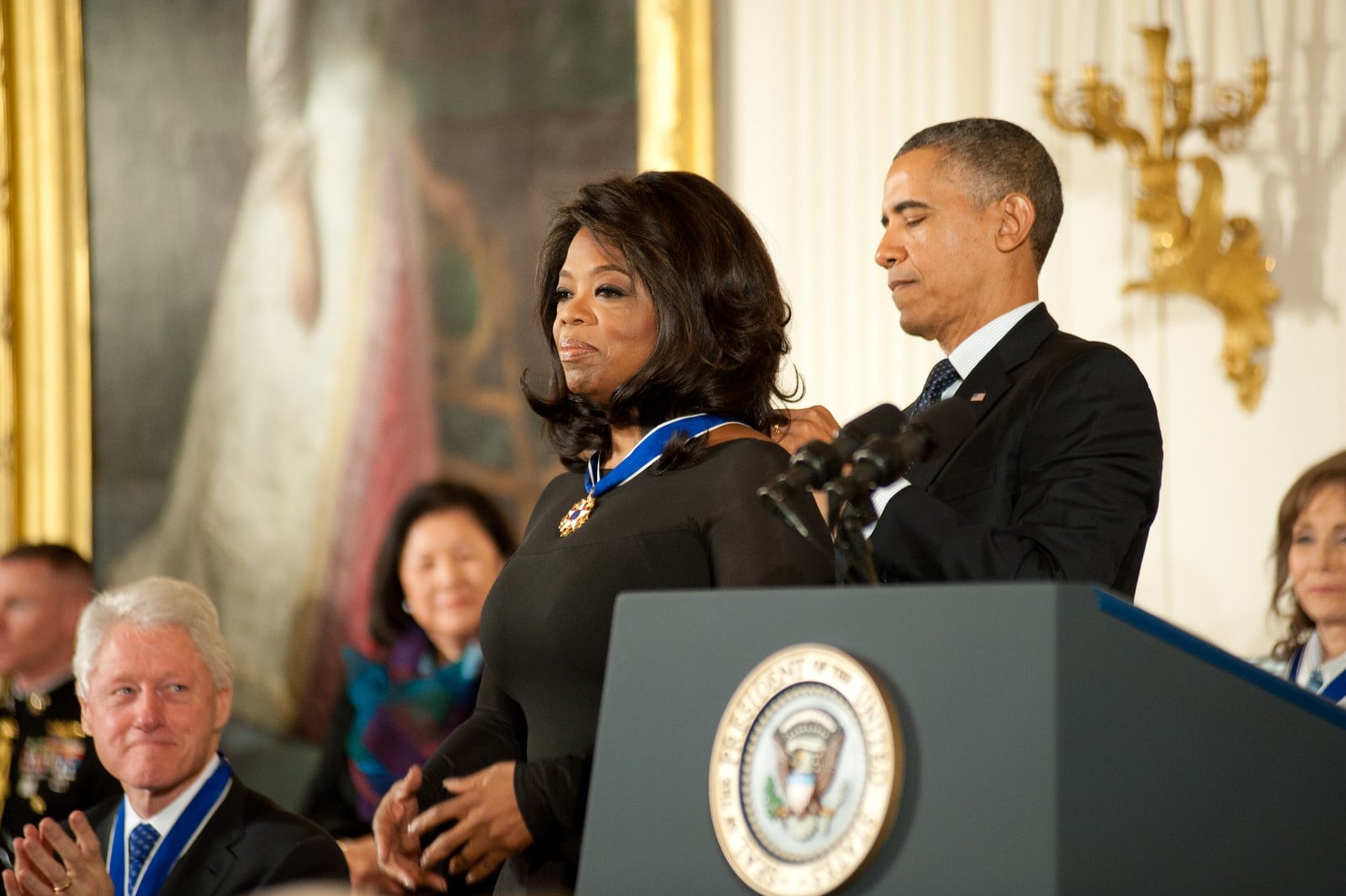 In 2004, at the Democratic National Convention in Boston Massachusetts, I watched a junior senator from Illinois give a speech that was so mesmerizing, timely, insightful and powerful that there was little doubt in my mind that I had just witnessed something special—a unique man with all the qualities necessary to become a future leader of the United States. The man giving the speech, of course, was Barack Obama.

Sunday night, watching the Golden Globe awards, I had a similar feeling about Oprah Winfrey. Oprah was everything a leader should be and everything that Donald Trump is not—unifying, intelligent, forward-thinking, articulate—reminding us all that a true leader doesn’t tear people down but inspires and lifts them up.

Oprah’s #MeToo inspired speech reminded women they have power when they stick together and support each other when they are brave and speak out in the face of adversity. “Speaking your truth is the most powerful tool we all have,” she told a captivated audience.

Oprah also reminded the audience the importance of having an independent free press, one that relentlessly pursues the truth and holds leaders accountable, instead of acting as a propaganda arm of the White House.

Because of who she is and all that she’s accomplished in life, reporters, pundits, and advocates have for the last several years mentioned Oprah as a potential presidential candidate. Until now, she has shut down the talk—consistently saying she’s more than content to live her life and run her media empire.

But Oprah’s tone has changed recently, and I have little doubt that’s because of what’s going on in Washington. Oprah is not blind to Donald Trump’s racist, siege mentality—his desire to wall off America from Latin and African Countries, and kick-out as many brown and dark skin people as possible. Nor is she blind to Jeff Sessions’ attempts to roll back civil rights, voting rights, and Obama era police reforms, all to restore policies that lock up as many black and Hispanic men as possible. And although Oprah is fabulously wealthy and stands to gain tens of millions of dollars from the Trump tax cut, she is keenly aware of the long-term harm it will do to women, the poor and people of color.

Lastly, as a woman who has suffered sexual abuse, Oprah is aware how harmful it is to have a misogynist in the White House, a man accused by 19 women of sexual harassment and assault.
As Oprah made clear in her speech, she is a huge supporter of #TimesUp initiative, an action plan and legal defense fund that promotes gender and racial parity across all industries. Oprah brought the crowd to its feet when she proclaimed that women will no longer be the silent victims of abusive men. “For too long, women have not been heard or believed if they dare speak the truth to the power of those men. But their time is up. Their time is up.”

At the end of her speech, the audience gave Oprah a thunderous, standing ovation. News coverage of the speech has been overwhelmingly positive, peppered with speculation that Oprah might make a White House run.

Of course, there are some that say her lack of government and elected office experience would make her a disastrous choice for commander-in-chief. And some social justice advocates worry that the focus on another celebrity figure diverts attention from more traditional, career politicians and critical issues such as voting suppression.

No doubt, giving a charismatic speech and being a self-made billionaire should not become the standard for picking a president. The gravity of the position requires that any candidate have a lot more than camera appeal. But Oprah’s lifetime of accomplishments, philanthropic endeavors, business acumen and commitment to social justice principles give her an advantage over a lot of would-be candidates including professional politicians.

And her riveting speech and recent statements from those closest to her prove that Oprah’s time is far from up, and might be just beginning.

What are your thoughts on Oprah running for President?  Join the Conversation on Facebook