I can train. I can try. I can dream, yet I can’t run a 3-minute mile. Mikey Brannigan can, and he has autism. But autism doesn’t have him. Mikey is headed to Rio in two weeks to represent the US and compete in the Paralympic Games. And though there are countless amazing stories to be told about the athletes headed to Brazil, Mikey Brannigan’s incredible journey truly hit close to home. My son Marty has autism too. 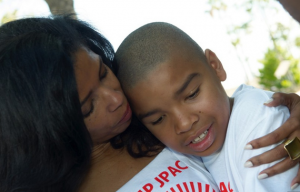 Like Mikey, I’m also an avid runner, and although I’ve never even come close to hitting a three-minute mile, I have witnessed the genius of kids like him, my son Marty, Brianna Caldwell, a Los Angeles based autistic track and field star, and countless other kids on the spectrum, achieve greatness.

Often individuals with autism, a complex neurological condition which impacts one in 68 children, have a range of behavioral and sensory issues that cause them to constantly fidget, move and in many cases, run. Some autism experts dub these actions as “acting out behaviors” and recommend that parents spend thousands of dollars in behavioral therapies to “correct or eliminate” the behaviors. Mikey’s parents rejected this notion, and instead channeled his boundless energy into the sport of track and field. As a result, he is now is a member of an elite club of world class distance runners.

Not every kid on the spectrum who has a propensity for running and darting will become a competitive runner or athlete and there are cases where behavioral or other types of therapy or treatment are imperative to prevent danger or harm. Notwithstanding, Mikey Brannigan’s story is one of courage and hope. 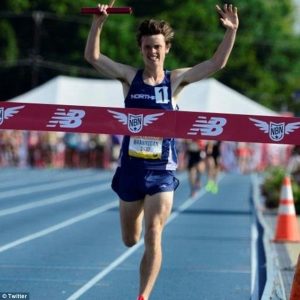 A typical response from typical people

It’s no secret to anyone with disabilities, or anyone who is related to someone with disabilities, that we live in a world of undeniable stereotypes. School districts, human service organizations, and other agencies are often unwilling or unable to fund the essential programs special needs children require simply because some erroneously believe that doing so diverts resources and money from “typical kids.”

This terrible pattern is one of the reasons that I founded the Special Needs Network, Inc. a decade ago. So many parents, particularly in minority and low-income families, go without the kind of specialized services that can have a huge impact on both their children’s quality of life and ability to reach their highest potential. My goal is to address these issues of disparity in diagnosis and treatment of minority kids with autism by bringing quality programming into underserved communities so that all kids will have the opportunity to reach their full potential and dream big. If there was ever a kid that exemplified exactly what the Special Needs Network is about, it’s Mikey and his incredible story of Olympic glory.

We Can Make History Together

It may be easy for other people to put young men like Mikey in a one-size-fits-all “Autism box,” but parents and advocates like me know better. We know, just as Mikey’s story affirms, that kids with autism have truly unlimited potential, and with the right support systems in place, they can almost literally achieve anything they set their minds to.  His story is one that should be celebrated – not just as a story about an autistic boy that does something unusually spectacular,  but, rather, one about the unlimited potential of individuals that are often marginalized in our society. That’s a triumph over stereotypes if I’ve ever heard one.

Whether they’re “typical,” not-so-typical, or somewhere in-between, no Olympic athlete makes it to the games alone. Hundreds if not thousands of people have helped them somewhere along their journey, and Mikey is no different. That’s why we need to all continue supporting him on his journey by cheering him from the stands or from the comforts of our homes.  Likewise, we must continue to support autism advocacy and the many nonprofits throughout the world that are working daily to ensure that Mikey, and other athletes like him, have every opportunity they deserve. With your support, we can ensure that Mikey, although the first, won’t be the last three-minute mile runner that makes Olympic history.