7 Most Significant Social Justice Accomplishments of 2017 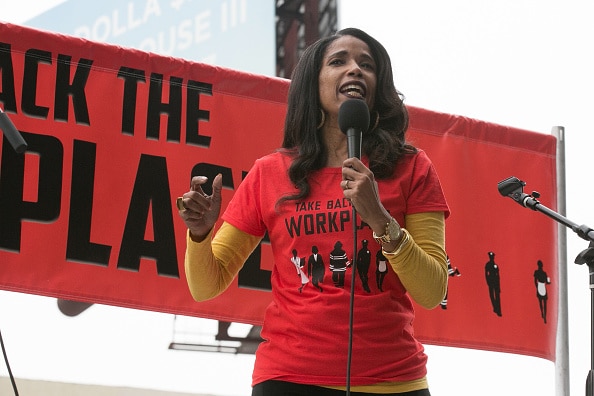 For many of us, January 20th, 2017 was the day our world changed overnight, and not for the better. Gone was the fair, inclusive and progressive Obama administration, replaced by its exact opposite — the Trump administration. This bigoted, racist and close-minded Whitehouse is contemptuous of science and facts, and cruel and dismissive to the needs of minorities and women.

Despite Trump’s efforts to subvert the rule of law and turn America into a dictatorship, social justice advocates fought back and won. Advocates joined forces and made history in 2017. I am proud to say that I was a part of many of these life-sustaining efforts.

As we look ahead to the challenges we will face in 2018, it’s worth pausing to acknowledge and celebrate the 7 most significant social justice accomplishments of 2017.

Less than 24 hours after Trump took office, women across the country and around the world took to the streets to protest Trump’s presidency and promote gender equality. The highlight of the protests was the Women’s March on Washington, D.C., where nearly 500,000 thousand people gathered to advocate for women’s rights, immigration reform, healthcare reform, reproductive rights, the environment, LGBTQ rights and racial equality. Women around the country joined in solidarity with the marchers in D.C.

I proudly marched aside the iconic Jane Fonda in Los Angeles where tens of thousands of women marched in solidarity with women around the country. As a result of the March, thousands of women have expressed an interest in running for elected office in 2018 and have created groups in their own communities to continue their activism.

Since then, the hashtag has been used by more than 500,000, women and men to increase awareness of sexual assault and harassment. The movement has caused corporations and the US Congress to reassess how it responds to allegations of sexual harassment in the workplace.

I had the honor of marching with thousands of women in Los Angeles and speaking as a part of a Take Back the Work Place event designed to call attention for the need to create safe workspaces for women; write several articles highlighting the legal and social issues; and appearing regularly on CNN and ABC to raise awareness and advocate for more responsive laws to protect victims.

Since October, hundreds of high profile men have been forced to resign, been fired or have suffered significant consequences as a result of sexual assault allegations. Legislators in states like New York and California have called for the elimination of confidentiality agreements and forced arbitrations, which are often used in sexual harassment lawsuits.

On the campaign trail, and as president, one of Donald Trump’s most often repeated vows was to repeal Obamacare, the signature healthcare law of President Obama. With Republicans in control of both the House and Senate, Trump appeared well on his way to fulfilling his pledge—that is until a grassroots campaign pressured moderate Republican senators to vote against proposed legislation that would have killed the law.

Thousands of activists flooded Senate offices around the country to protest repealing the law. Thousands more wrote letters, sent emails and made daily calls to their Senate offices expressing their opposition. After weeks of prolonged protests, the dramatic end came when Arizona Senator John McCain gave a thumb down during a Senate floor vote.

Before shocking allegations of sexual assault were made against Alabama Senate candidate Roy Moore, he had cemented his reputation as a racist. He likened the Koran to Mein Kampf and said a Muslim shouldn’t be allowed to serve in Congress; Obama wasn’t born in America, and the last time America was great was during slavery.

This despicable record wasn’t enough to guarantee his loss, but nine accusations of sexual harassment changed the course of the race. Women accusing Republican Senate candidate Roy Moore of sexual harassment, assault, and molestation, pundits said it would take a miracle for Democrat Doug Jones to defeat Moore in ruby red Alabama.

Jones, a Birmingham attorney famous for prosecuting the KKK, was delivered that miracle from progressive Black voters. African Americans voters made up 29 percent of the vote despite being only 26 percent of the population, and an astonishing 96 percent voted for Jones. Even more astonishing was the 98 percent of Black women who voted for Jones. Jones became the first Democrat to win a U.S. Senate seat in the state since 1992.

In the face of record-breaking hurricanes, searing heatwaves and wildfires of biblical proportion fires, the Trump administration gave the middle finger to climatologists by pulling out of the Paris Climate Accords.

But in April, scientists, climatologists and activists clapped back when they came together to advocate for climate justice during the People’s Climate March. The protest was a huge success, convincing governors of progressive states such as California to fight the Trump administration’s backward stance on climate change by implementing their own carbon admission standards and regulations.

After Donald Trump inserted himself into the NFL player’s protests in September—telling team owners they should fire players who took a knee during the national anthem—a funny thing happened: the protests grew bigger! The Sunday after Trump’s raging tweets, dozens of other players across the league protested by locking arms or kneeling during the national anthem. Several team owners even joined their players in protest.

The ultimate win for advocates came when GQ Magazine named Colin Kaepernick, the former NFL quarterback who started the protests, as one of its Men of the Year and the ACLU presented him with the Eason Monroe Courageous Advocate Award. Kaepernick was greeted with a standing ovation at the annual Beverly Hills gala as he stood before the podium. In a moving speech, he exclaimed that we all have an obligation to stand up for our fellow men and women who are being repressed.

ME TOO: WASHINGTON D.C.

In November, The #ME TOO movement showed its tentacles reached all the way to Washington when Minnesota Senator Al Franken, Arizona Rep. Trent Franks, Texas Rep. Blake Farenthold and Michigan Congressman John Conyers were all forced to either resign their seats or announce their retirement after women accused them of sexual harassment and assault.

The pièce de résistance came when nine women accused Alabama senatorial candidate Roy Moore of sexual assault, harassment and molestation, sending his campaign into a tailspin from which he never recovered. And Chief Justice Roberts has ordered an evaluation of the entire federal court system to assess how sexual harassment complaints are treated.

We are witnessing a watershed cultural moment. Women who have been sexually abused or harassed are silent no more. Their public stories are forewarning others and bringing to justice abusers.

As we approach the new year, I hope this list serves as a reminder that there are always causes worth fighting for and victories to be won. Speaking up is important, especially when it’s done in support of those who have been kept silent.

Join the discussion on my Facebook page and tell me the causes you fought for this past year and how you were able to bring positive change.