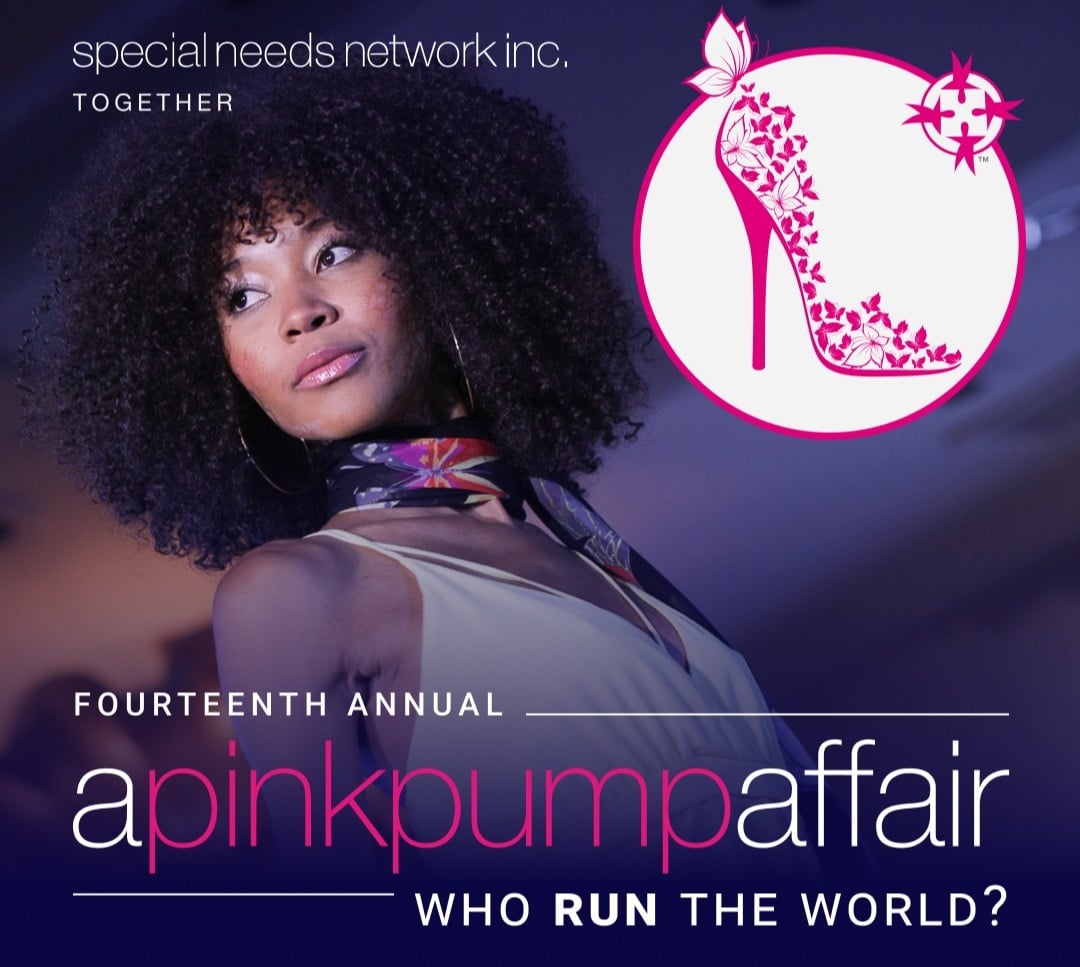 LOS ANGELES – Calling all fashionistas! Media personality, civil rights attorney and child advocate Areva Martin is inviting all fashionista to dress in their Sunday best for the 14th annual Pink Pump Affair on Sunday, May 15, 2022 from 12 to 3 p.m. at the Beverly Hilton in Los Angeles.  The fun-filled afternoon kicks off with a champagne reception and live auction along with an awards show, honoring women of distinction. Still, the main event is the fashion show, featuring size-inclusive clothing brands from African American designers, presented by MaTte ArGyLe, a Black-owned boutique at Runway Playa Vista and the streetwear designs of Journey Carter, a Gen Z emerging designer.

The annual charity will benefit the Special Needs Network (SNN), which raises money for special needs children and families affected by autism and related development disorders. Award-winning CBS anchor Pat Harvey will serve as the mistress of ceremonies while a very funny lady, Emmy-nominated actress/comedienne Kym Whitley will take the gavel as the celebrity auctioneer.

This year, the women of distinction honorees are award-winning actress/producer Wendy Raquel Robinson and Kellie Hawkins, a partner at Englander Knabe and Allen.

Kellie Hawkins – recipient of the Trailblazer Award – is a partner with Englander Knabe and Allen (EKA),  leading the EKA Health Initiatives team. She has held distinguished positions in both the public and private sectors. Her training and background offer clients expert counsel on both a practical and legislative level. Before joining EKA, Hawkins served as the chief operating officer for the National Health Foundation (NHF), where she oversaw the day-to-day operational and administrative functions of the organization. She has managed the health and human services practice for The Hawkins Company, an executive recruitment firm, based in Los Angeles. At the federal level, Hawkins worked for the U.S. Department of Health and Human Services and advised senior administration officials on fiscal priorities. On a local level,  she served in the administration of former Los Angeles Mayor Antonio Villaraigosa, as executive director of the Commission on the Status of Women. Hawkins also has practical experience in public health, having worked as an epidemiologist for the Los Angeles County Department of Health’s sexually transmitted diseases program. In addition to her professional career, she is civically engaged and serves on the boards of Coro Southern California and Climate Resolve. Hawkins was an American Marshall Memorial Fellow in 2013 and a graduate of Coro’s Health Leadership Program.

FROM CATWALK TO SIDE WALK …. MaTte ArGyLe Presents

From catwalk to side walk, MaTte ArGyLe will showcase the work of four buzz-worthy and sought-after African American designers – that is, Izayla, Madame Adassa, Claude Kameni  (also known as Lavie by CK) and Rene Tyler. Helmed by celebrity fashion stylist and costume designer Tashiba Jones-Wilson, MaTte ArGyLe, is a size-inclusive fashion boutique for men and women at Runway Playa Vista, an upscale shopping mall in Playa Vista, Calif., which is nicknamed “Silicon Beach,” and home to tech companies like Facebook and Google. Also, Pink Pump is excited to introduce emerging Gen Z designer, Journey Carter, who will present streetwear looks from her latest collection. Interestingly, at the age of 12, Carter began The Journey Collection as a beautifully-unique hair accessories line, featuring one- of-a-kind handmade bows. The line has evolved into streetwear pieces, including hoodies, t-shirts and hats, all with a socially-conscious theme, featuring Carter’s own hand-sketched artwork.

Special Needs Network (SNN) was founded by media personality and civil rights attorney Areva Martin, Esq. in 2005 after she was met with obstacles in accessing necessary services for her son, Marty, who was diagnosed with autism at two years old. SNN is one of the nation’s leading social justice, autism, and disability rights organizations. Based in Los Angeles, the organization provides innovative direct service and online programming, focused on supplying aid and resources to hundreds of thousands of families annually. Its mission is to combat the discrimination disenfranchised communities of color face in getting proper care and resources for minority children with developmental disabilities.

Under the helm of Martin, SNN will open the region’s first-ever comprehensive medical and developmental center called the Center for Autism and Developmental Disabilities (C.A.A.D.). The center is scheduled to open fall 2022 on the campus of Martin Luther King hospital in the Watts/Willowbrook community of South Los Angeles. C.A.A.D. will provide tens of thousands of young people and their families with compassionate, integrated diagnoses and intervention services, speech, occupational, physical, and Applied Behavior Analysis (ABA) therapies.

The L.A. Sentinel published an important article spotlighting myself and other community leaders who are speaking out about the impacts of the Supreme Court Roe vs. Wade reversal. READ 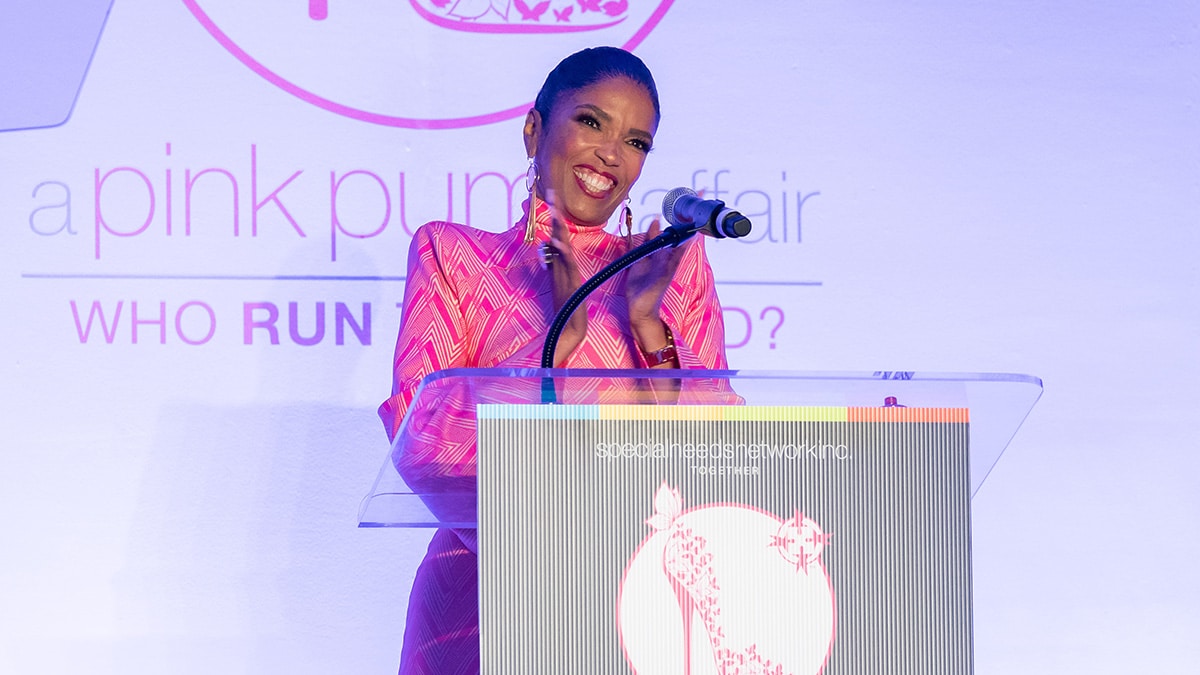 “I am overwhelmed by the outpouring of support and love for the 14th annual Pink Pump Affair. More than 350 powerful women came together to collectively say that kids with autism and special needs matter!” said Martin, the founder and president of SNN. “The generous donations will 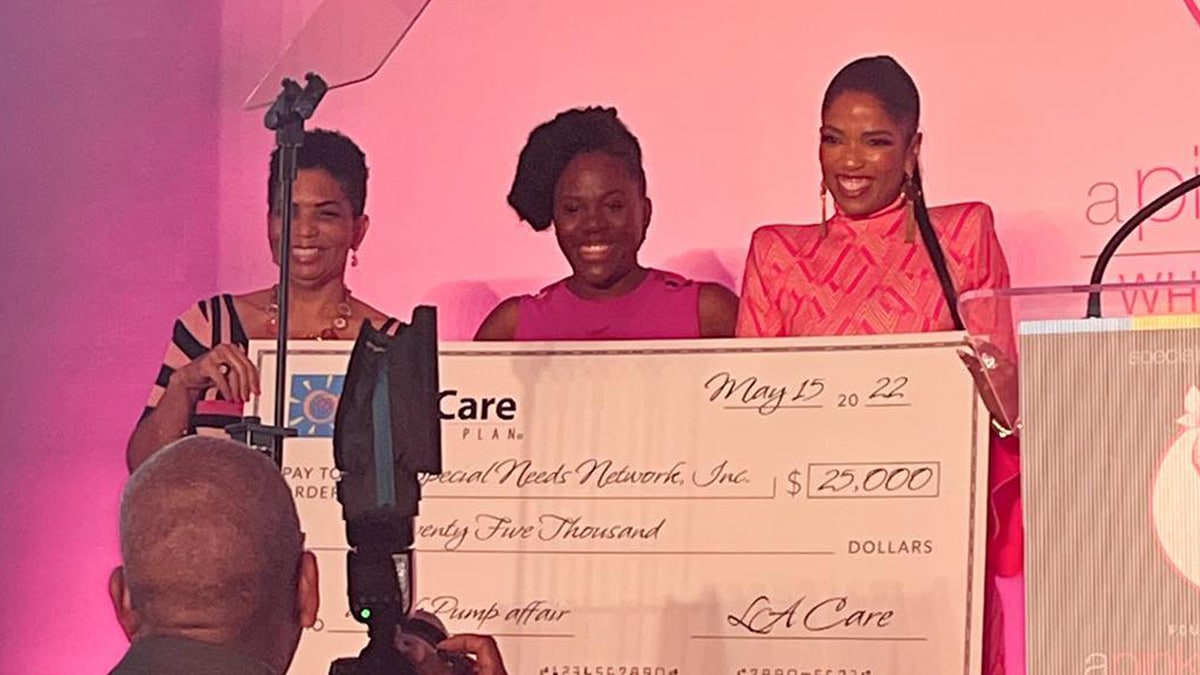 More than $500,000 was raised for the Special Needs Network (SNN) during a fundraising drive, which culminated with the 14th annual Pink Pump Affair on May 15, at the Beverly Hilton Hotel. According to Areva Martin, SNN founder and president who is also a media personality, civil rights